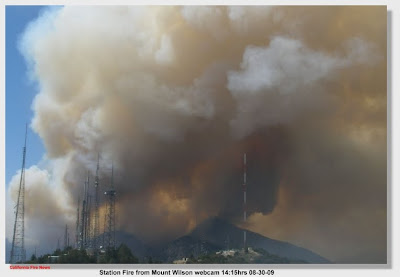 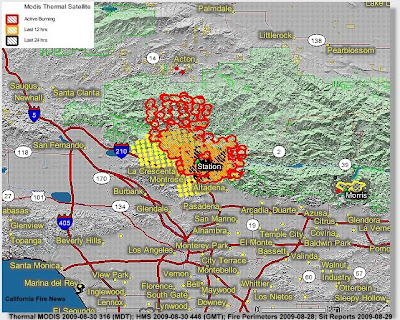 Residents in Acton were being urged to evacuate Sunday as the Station Fire moved closer to homes in the area. The fire has already burned more than 35,000 acres.

Mandatory evacuation orders were issued for the southern side of the city of Acton, including Aliso Canyon, as the fire moves to the northeast. The blaze was about 3 miles from the Antelope Valley (14) Freeway near Acton. People south of the freeway were being ordered to evacuate, officials said.

Following is a list of other areas ordered evacuated due to the Station Fire;

Evacuation centers have been set up throughout the area to assists people forced from their homes.

Evacuation Centers are located at:

Pierce College in Woodland Hills is boarding horses and other big animals displaced by the Station Fire.

The fire is also threatening the Santa Clarita Valley, broadcast facilities on Mount Wilson and the Jet Propulsion Laboratory in La Canada Flintridge.

A slight drop in temperatures coupled with the additional fire is expected to bring some relief Sunday.

Fire officials said the fire is about 5 percent contained and don't expect full containment until later next week.

Three homes and about 30 cabins in the Angeles National Forest have been destroyed, with 10,000 other foothill homes and some 2,000 commercial buildings threatened.

Three people were hurt Saturday -- two in the Big Tujunga Canyon area and one off Highway 2 near Mount Wilson.

At a briefing Saturday, officials said about 1,800 firefighters were fighting the fire. In addition more crews are heading to the fire from other parts of the state and Arizona. Firefighters are also being helped by fire-retardant-dropping helicopters and fixed-wing aircraft.

Gov. Arnold Schwarzenegger declared a state of emergency for L.A. County on Friday due to the fires in the area.