LOS ANGELES - On May 20 & 21, 2014, The Federal Emergency Management Agency (FEMA) and the California Governor’s Office of Emergency Services(CalOES) will be testing the Urban Search & Rescue (US&R) System through a multi-team deployment exercise. 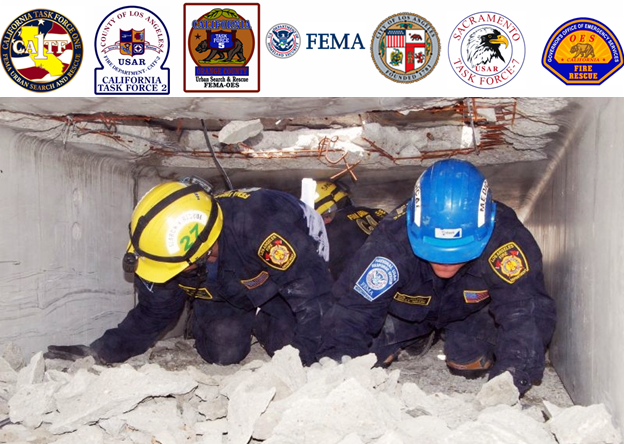 The 2014 Western Region Multi-Task Force exercise, commonly referred to as the MOBEX (mobilization exercise) Drill, is a real time deployment exercise designed to test the readiness and effectiveness of the US&R response system within our State of California.

Local, state and federal emergency responders are preparing Tuesday for potential disasters in a 2-day drill.The 2014 Western Region Multi-Task Force exercise, known as MOBEX Drill, is designed to test the readiness of the state's response system.The Los Angeles Fire Department, Los Angeles County Fire Department, Orange County fire Authority, Sacramento Fire Department, Federal Emergency Management Agency and California Office of Emergency Services teams were among the groups involved.In Sherman Oaks, K9 teams were practicing early Tuesday morning finding victims in the event of an earthquake. A dog searched through debris piles and barked when it found a live person. Teams also practiced using a drone to gather real-time information."It's a chance for us to evaluate our personnel, our equipment and our capabilities," LAFD Fire Capt. Rick Godinez said. "We get new team members all the time, so we need to be ready."The official drill was scheduled to begin at 10 a.m. with an earthquake scenario set in Los Angeles. First responders and search and rescue teams are expected to be deployed.Other disaster exercises were scheduled from 11 a.m. to 2 p.m. Wednesday at Universal Studios, Castaic Lake, a Los Angeles Fire Department station in Sherman Oaks and Del Valle Training Center.

The following agencies are participating in the 2014 MOBEX Drill:
Disaster exercises will be conducted throughout the day, starting at 11:00 am on May 20 and continue until 2:00 p.m. on May 21, 2014. This drill will take place at four separate locations requiring US&R technical rescue operations: 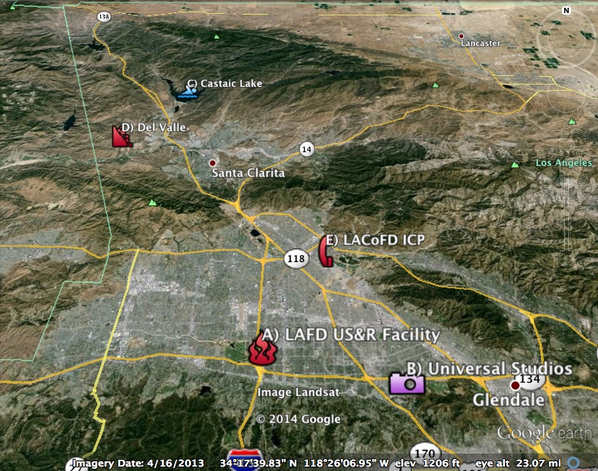