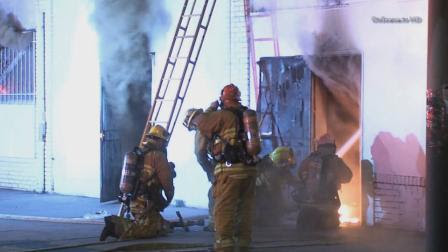 Nearly 100 firefighters battled the flames, which erupted just before 1 a.m. on the 5900 block of South Figueroa Street.

It took fire crews about half an hour to get the fire in the 89-year-old building under control.

According to firefighters, neighbors said transients had been using the vacant building for shelter. No one was hurt, but damage is estimated at $200,000.

Officials believe the fire was accidental, but the investigation continues.