The Scary Part: The Company Touts Further Uses Such As Biological Warfare And Weather Modification!

A Spanish company NITROFIREX proposes a fleet of combat aircraft capable of nighttime wildfire firefighting launched from a mother-ship over a wildfire at night.

Besides the seemingly insurmountable problems and doubtful effectiveness the company is vying for government contracts. 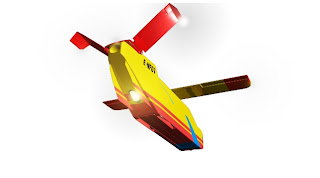 As reported by the company to Europa Press, the prototype unmanned NITROFIREX, which is currently under design, will bring "unique capabilities in the world" as far air assets dedicated to the work of firefighting.leveraging the current technological development of unmanned systems. Specifically, the project consists of unmanned glider containing the extinguishing agent and after being fired from the rear ramp of heavy transport aircraft to autonomously target source of fire to discharge its contents with great precision and flight and recovery to a airbase.

PHASE 2 – GLIDE & GUIDANCE
These APGCâ€™s, containing a beneficial cargo, are capable of gliding (with engine at iddle position) and are equipped with a guiding system directing them automatically to the point of discharge.

PHASE 3 – DROP
Transition from APGC into UAV.
On reaching their target the APGCâ€™s drop their load automatically and with great precision.
Then, by taking advantage of this important and sudden loss of weight, they climb rapidly and escape from the hostile zone. This manoeuvre is used as a transition for the following phase of recovery. 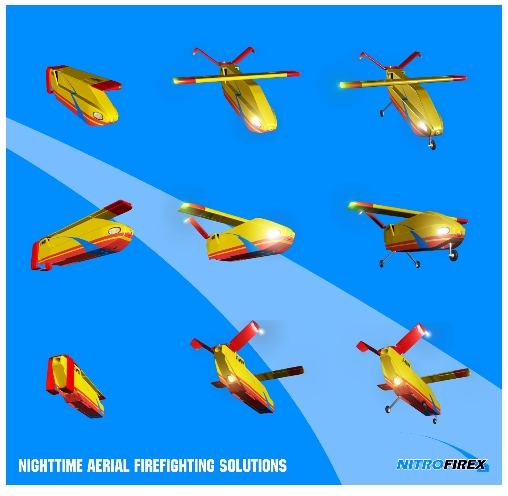