Injured San Francisco Firefighter improving and on the road to recovery. 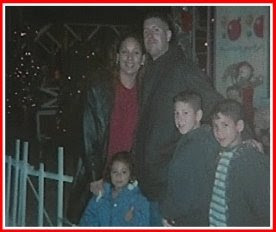 Ultimate Firefighter that almost gave the ultimate sacrifice improving and on the road to recovery.

The nightclub Fat City in San Francisco's South of Market district was packed with about 500 people Thursday night for a fundraiser for injured San Francisco Firefighter Christopher Posey Mora and his family.

Three weeks ago, Posey-Mora was critically hurt while battling a house fire in the Portola neighborhood on February 5th. He was inside the house when the roof collapsed and his mask got knocked off. Posey Mora inhaled extremely hot gases into his lungs and suffered other burns.

At first, his family and friends didn't think he would survive. But now, they say he is improving every day. Fellow firefighter Damian Orduna said, "He doesn't have the tube. He's breathing on his own. He's talking. He walked. It's amazing."

Posey Mora's partner, Sonia Posey, said, "Without God, prayers and love, I would never have come through this. I'm humbled and overwhelmed with appreciation."

The organizer of the fundraiser said that the live music, the venue and the food all were donated. Darlene Dumpit said she hoped to raise $6,000 for Posey Mora and his family. "It's been amazing. I'm really surprised at the outpouring of generosity that everybody has offered," she said.

San Francisco fire investigators say the fire in the unoccupied home was deliberately set. So far, there have been no arrests.

The firefighters union is offering a $75,000 reward for information leading to the arrest and conviction of the person responsible.

Firefighter Damian Orduna said, "It's a crime, perpetrated.. basically sets us up to get hurt. Nobody gets hurt in a situation like that but us."